My older brother recently told me that I need to make sacrifices. I asked him if he honestly believed that a man's decision to write and read and nothing else for a season—maybe two—was free of sacrifices. He thought a moment before he told me he had to go. "I gotta go now," he said. "But, let's talk later." This was right after the new year. We haven't spoken since. I love my brother. It's his fault that I ever entertained the possibility of art as a viable pursuit, a genuine life.

Dependent on the multiplicity of perspectives—visual and/or otherwise—available to me through the agency of a multiplicity of friends, colleagues, acquaintances, peers, and enemies, I sometimes need to move quickly. On Monday, I went to bury the hatchet in an an old friend's heart. Not only was it a simple matter I had avoided for months, it gave me the opportunity to reconnect with an old acquaintance, someone I had never seriously connected with before.


David endured a Year 2013 more harrowing than I believed mine had been.  He lost his life partner, who you'll see in the video linked here. Despondent, he kept it all in. Once his beloved had moved on to join the majority that awaits us all, a childhood flame of his stopped by to pay her respects and, being an ICU nurse, she took one look at David and said "You need to go to the hospital. Like, NOW!" Janet was right. And now, thanks to her sharp diagnosis, David has not only regained his health, Janet, his old sweetheart, has moved in with him. From what I've seen and enjoyed up-close and personal, they are living very happily ever after.


This post is really about the place David and Janet live in. It's a home made of storage containers; seven of them, two stacks side by side and stacked four and three. I needed a place to crash for a week, and when my hoped for room in a landmark midtown duplex situated in a quiet mews fell through, I asked David if he could offer me a little free space. They've actually set up a non-profit that provides residencies for artists and advocates for all kinds of human projects, from sustainable architecture and communities to economic alternatives. Not to mention art.

I have to say: the place is way cooler than you would imagine. If you've got friends visiting the Big Apple, steer them to this sweet little spot in Brooklyn and suggest that they book a stay here, instead of a hotel. It's just one stop away from the Lower East Side via the J-M-Z. Make it part of your architectural itinerary when the weather breaks and you start walking again. I'll let them do the rest of the talking. Google it and you'll find posts in everything from the Times and the gothamist to mags like architizer. It's even got a few pages in blogger John Hill's recently published Guide to Contemporary New York Architecture.


So here's my big "Thanks!" to David and Janet. I'm down to pitch in from here on out in any way I can. There's a lot more that needs to be shared about this place, and the owners are going over all the options. I'll be sure to lay down more details as the year goes forward. Consider this my beta entry: Container Home 0.0.

Errata / Apologia / Correction:
I must apologize to everyone—to the readers and to David and Janet—for neglecting to mention the pivotal role of the late Michele Bertomen in this story. An architect and professor at NYIT, Michele was not only David's wife, she was the driving force behind the building from its original concept, design and financing, through its logistical planning, construction (they hired several of their mostly Dominican neighbors as skilled laborers) and completion—as David repeatedly reminds anyone who is interested in learning about their home. An advocate of sustainable architecture and life, Michele tackled this project knowing she had been diagnosed with a terminal condition. They finished it not long before they said their farewells.

As testament to Bertomen's spirit, the home is no gloomy monument to a lost life. Instead, it's solid confirmation that those who've moved on continue to contribute to society through us—in less than a week, I can honestly say I've gotten to know Michele.

This innovative structure stands as a dynamic beacon to the vast and untapped fountain of future possibilities for our conscious collaboration in the renewal of life; a holistic life as freely lived by the totality of humans being more than we ordinarily dare to believe we can be.

You can link to David and Janet's airbnb page here.
Photos by Yuka Yoneda are from her article on inhabit.com. She's posted around thirty nice photos and has some more information on the house here.


An NYC apartment that's made out of shipping containers. 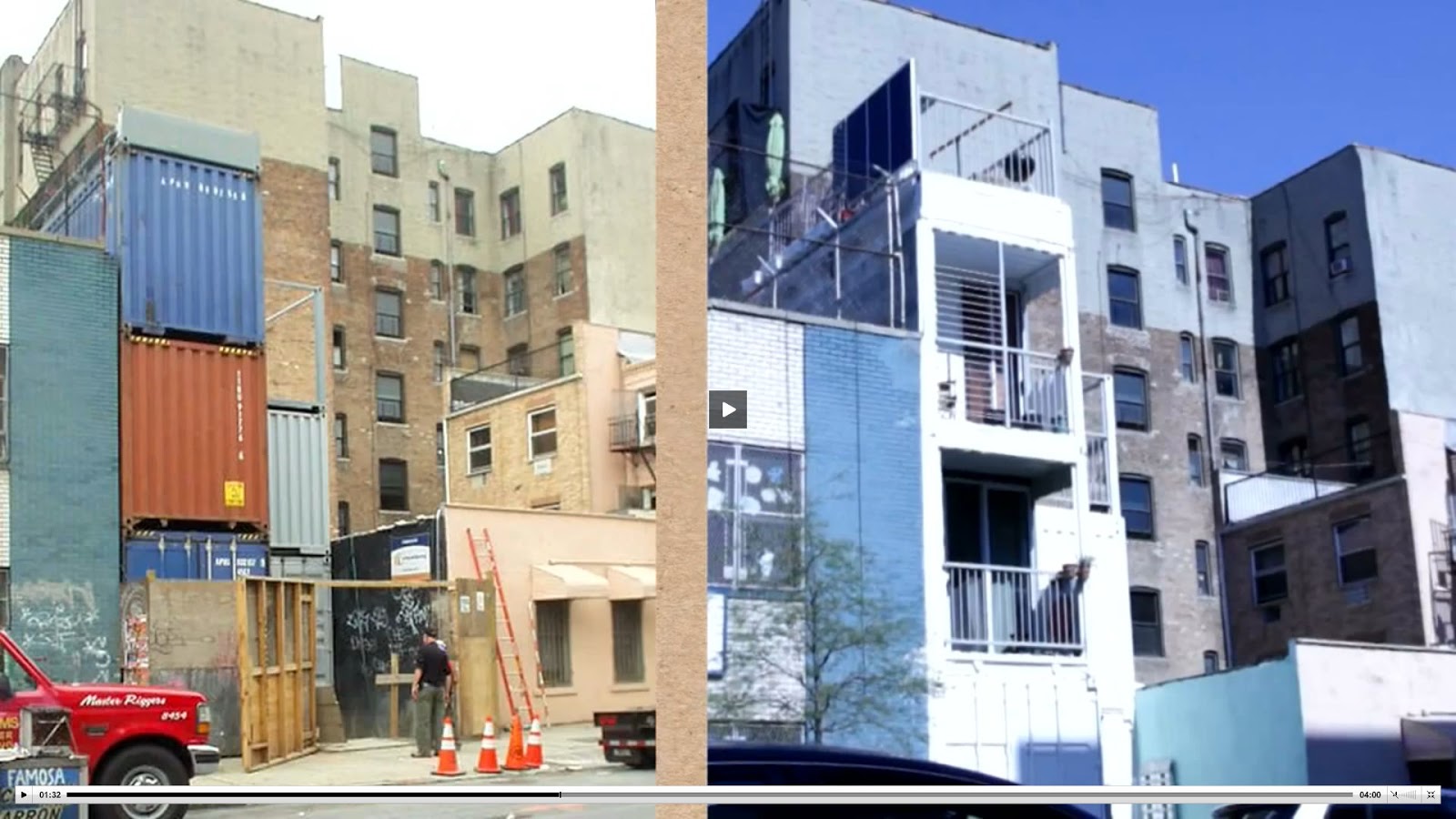 Popular posts from this blog

In the Company of Ghosts: interview with Dennis Dawson & Paul Paddock

In the Company of Ghosts features artists Dennis Dawson and Paul Paddock and runs through February 23, 2014 at Frosch & Portmann at 53 Stanton Street in the Lower East Side. Paddock, a graduate of SVA and a tyro of Fine Arts professor Lynton Wells, garnered positive press from BlouinArtInfo when showing at the gallery's Pulse booth in 2012 for his "technically refined, subtly disturbing, and playful watercolors." Active since graduating in 1997, his work continues to reference the kind of dark childhood memories that many of us would soon forget. Employing iconic figures of children that invoke the illustration style common to early primers, he subverts the typical moral celebration of suburban white America. Never far from the barren woods of winter, Paddock's kids, clad in shorts, t-shirts, and summer frocks, reap the bitter, painful fruits of their wanton curiosity. Working in series with titles that name villains and locales popularized in fairy tales, mythol…
Read more

Reflections on Kara Walker's "A Subtlety"

According to a graphic created by the Idealist for its Facebook page, the planet—and the humans who ordained themselves its stewards—has not seen a day without war in over 5,000 years. Besides death and destruction, one of the more unsettling outgrowths of war is the peculiar institution of slavery, a blight that is whispered to have endured unto the present day. This development makes a certain amount of sense, however disagreeable. Since battles rarely end with the total annihilation of one force by another, the losers are taken captive and, thereafter conveyed to the homeland of the victors. In our modern, sophisticated minds, prisoners are held in prisons, penitentiaries, detention camps. A booming industry devoted to incarceration may outstrip manufacturing in the USA in the not too distant future. But in the old days of antiquity, classical times and all that, it made more sense to put one's captives to work without pay than it did to just lock them away. Voila! Slavery was …
Read more